Although a cold can be caused by a variety of viruses, rhinoviruses are the most prevalent cause. The symptoms of a common cold usually appear two to three days after infection and can persist anywhere between two and ten days. A painful throat is usually the initial symptom, followed by a runny nose. Sneezing, nasal congestion, runny nose, fever, and watery eyes are all symptoms of the common cold. To alleviate the symptoms of a cold, we have compiled a list of the Top 10 Anti Cold Tablets Brands in India.

Find out the List of the Anti-Cold Medicine in India

A common cold can be caused by a variety of viruses, although rhinoviruses are the most prevalent. The virus that causes a cold enters your body through your lips, eyes, or nose. When someone who is sick coughs, sneezes, or talks, the virus can spread by droplets in the air. There are various drugs available to treat cold symptoms. Here are the Top 10 Anti Cold Tablets Brands in India. 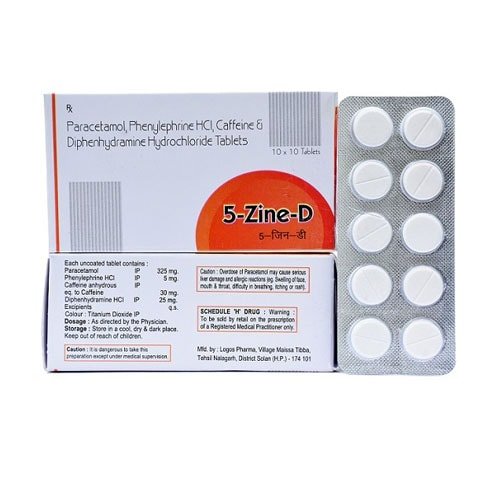 5-ZINE-D is a mixture of four medications: phenylephrine, caffeine, and diphenhydramine hydrochloride, which are used to treat flu, cold, headache, and fever, as well as aches, pains, sinus, and nasal congestion. Diphenhydramine is an antihistamine that reduces allergy symptoms such as runny nose, watery eyes, and sneezing. As an analgesic (pain reliever) and antipyretic (fever reducer), paracetamol works by preventing the release of particular chemical signals in the brain that cause pain and fever in the body. Caffeine increases the effectiveness of paracetamol and lowers diphenhydramine-induced tiredness.

XYLID-PC Tablet treats common cold symptoms by combining paracetamol, phenylephrine HCL, chlorpheniramine, and caffeine. Chlorpheniramine Maleate is an antiallergic that improves allergy symptoms such as sneezing, runny nose, and watery eyes. Analgesic (pain reliever) and antipyretic, paracetamol (fever reducer). It prevents the brain from releasing particular chemical signals that cause pain and heat. Caffeine boosts the effectiveness of paracetamol and improves alertness. Phenylephrine is a decongestant that works by narrowing the tiny blood vessels in the nose to relieve congestion and stuffiness. 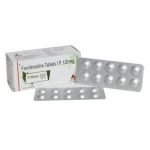 Fexofenadine is a medication used to treat pollen allergies, which include nausea, coughing, a cold, a stuffy nose, and a number of other symptoms. Seasonal allergic rhinitis symptoms such as runny nose, coughing, red, itchy, or swollen eyes, or irritation of the nose, throat, or roof of the mouth are treated with fexofenadine in adults and children 2 years of age and older. Fexofenadine is an antihistamine that treats watery eyes, runny nose, itchy eyes/nose, sneezing, hives, and itching caused by seasonal allergies. This cold medicine in India works by inhibiting histamine, a natural chemical produced by the body in response to an allergic reaction. 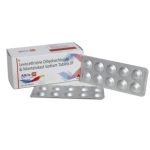 Levocetirizine and montelukast-containing medications are used to treat allergic reactions. Sneezing, runny nose, and itchy skin are among the symptoms of allergies and hay fever. Hay fever and seasonal allergies are treated with levocetirizine, which also helps to minimize runny noses, sneezing, redness, itching, and eye tears. It’s an antihistamine that works by blocking the effects of histamine, a molecule generated by the body. It’s one of the greatest cough and cold treatments in India. Montelukast is a medication used to treat asthma symptoms such as wheezing, trouble breathing, chest tightness, and coughing in adults and children aged 12 months and up. 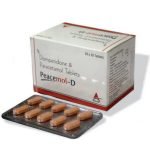 Pain relievers, fever reducers, and cold suppressants all act with paracetamol. Paracetamol is used to treat a variety of ailments, including headaches, toothaches, muscle pains, arthritis, backache, colds, and fever. Domperidone is a nausea-relieving drug. It helps you stop feeling or acting sick (nausea or vomiting). It can also be used to relieve stomach discomfort if the patient is undergoing end-of-life care (palliative care). Domperidone is sometimes used to increase milk production. This is why in India, this drug is used to cure colds and coughs.

Loratadine pills are used to treat acute fever symptoms caused by allergens such as pollen, dust, or other particles in the air. Sneezing, a runny nose, and itchy eyes, nose, and throat are some of the symptoms. Hive irritation and redness can also be treated with loratadine. Loratadine is an antihistamine that helps people with allergies. Coughs and other symptoms are routinely treated with this drug. It operates by interfering with a chemical messenger’s actions in the body (histamine).

Chlorpheniramine, dextromethorphan, and phenylephrine are combination medications that treat cough, runny or stuffy nose, sneezing, itching, and watery eyes in people who have allergies, the common cold, or the flu. Phenylephrine is a decongestant that relieves congestion and stuffiness by restricting the small blood vessels in the nose. Chlorpheniramine Maleate is an antiallergic drug that relieves allergy symptoms like sneezing, runny nose, and watery eyes. Dextromethorphan Cough suppressants like hydrobromide work by lowering cough center activity in the brain.

Clavpam-625 is a combination of Amoxycillin and Clavulanic Acid Tablets, both of which are penicillin-type antibiotics that help the body fight infections. Lungs, ears, skin, nasal sinus, urinary system, and soft tissue infections are all treated with this medicine. It should be noted, however, that it is ineffective against illnesses such as the common cold. The active components in Amoxycillin & Clavulanic Acid Tablets work together to prevent germs from growing and subsequently killing them.

Coriminic Tablet is a combination drug that contains chlorpheniramine maleate and phenylephrine and is used to treat common cold symptoms. Allergy symptoms such as runny nose, stuffy nose, sneezing, watery eyes, congestion, and stuffiness are relieved by chlorpheniramine maleate. Phenylephrine is a decongestant that works by narrowing the tiny blood vessels in the nose to relieve congestion and stuffiness. Both medications are used to treat cold symptoms.

Aceclofenac & Thiocolchicoside Tablets, which are one of the best antibiotics for cough and cold, make up ACCPAR-T4. They aid in the reduction and relief of discomfort caused by muscle spasms, fever, cold, and cough. Thiocolchicoside is a muscle relaxant, and Aceclofenac is a non-steroidal anti-inflammatory drug that is one of India’s top drugs for treating colds, and they both function effectively to alleviate cold symptoms.

To summarise the Top 10 Anti Cold Tablets Brands in India, we can say that these drugs will benefit someone who is suffering from a cough or cold. Hopefully, these articles will assist you in overcoming symptoms associated with cough and cold, such as hey, fever, sneezing runny nose, and others. As a reputable pharma franchise company, Soigner Pharma offers several of these drugs for a franchise business.

How to Select Best PCD Company

Call Us
Whatsapp
PLACE A QUERY